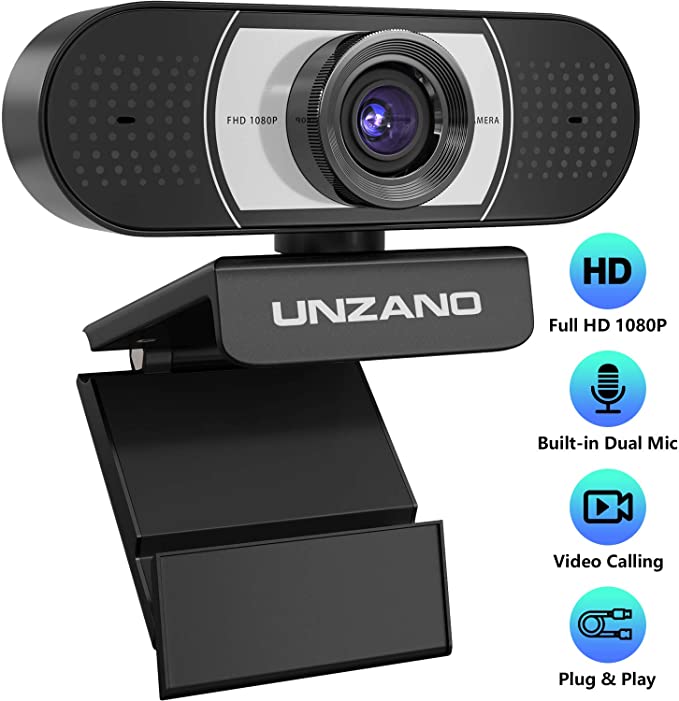 I’ve been getting this question a lot lately, and until today, my answer has been “Alas, no. The pandemic caused a run on webcams, just as it caused runs on toilet paper, hand sanitizer and a number of other commodities (most recently, interestingly enough, bakers’ yeast). The few that are available are either overpriced or dubious imports, with long delivery estimates.”

It’s easy to imagine why webcams have been in short supply worldwide. After all, most everyone has been working remotely and attending virtual school classes for over a month now in much of the United States, and even longer than that in some other parts of the world. This requires webcams, so those people whose desktops didn’t have one (and whose laptops came with crummy ones) rushed out to buy them. But unlike some of the other commodities that people began to hoard, webcams were simply a victim of short supply to begin with. People who buy traditional desktops usually don’t buy webcams for them, and most all-in-one desktops and laptops come with webcams that are at least acceptable. So, under normal circumstances, retailers don’t stock a lot of webcams. After all, no retailer wants to store large quantities of a product that people don’t normally buy in large numbers. Doing so means a long wait to recoup their cost, not to mention the shelf space that the slow-moving product occupies, which could be more profitably occupied by more popular products. And, of course, it’s similarly unprofitable for distributors to keep large quantities of webcams in stock, and for manufacturers to produce them in large quantities. So, once people realized they were going to be stuck working and learning from home, it didn’t take long, or panic-buying or hoarding behavior, for the webcams in the pipeline to sell out.

A month and a half into pandemic stay-at-home orders (in the USA, that is), reasonably priced, webcams are starting to reappear, and it no longer takes 6+ weeks to get them. But the familiar webcam brands are still missing, and a lot of the end user reviews, when they’re present, look suspiciously like ‘bot-generated fakes. I’m still getting calls from clients who need webcams, but who wants to buy an unknown, untested model in hopes that it works? Who is going to take that risk?

The answer is: Lebowitz IT Services will! I just ordered the webcam pictured in this post. (I am not posting a link at this time, because I am not prepared to recommend it before I try it out.) It has genuine-looking reviews, some including photos and video, and most of them are positive. It’s in stock now on amazon.com, and I expect to receive mine in a week or so. When I do, I will run it through its paces, compare it with my trusty Logitech C270 webcam, and let you all know the results. After that, if the webcam proves worthy, it will be resold at cost, and more will be ordered for others who need or want them.