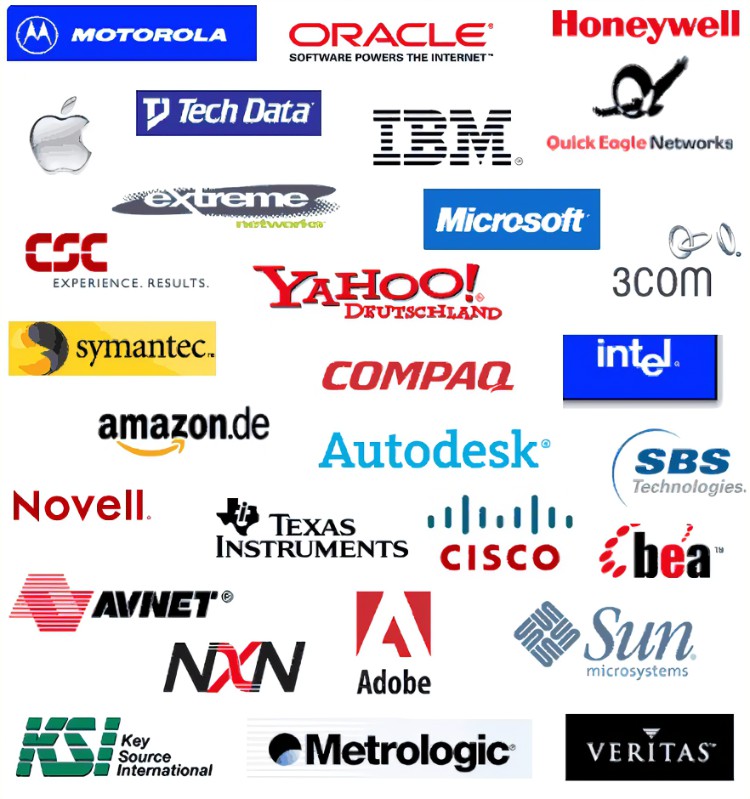 One of the most common questions people ask me is “What’s a good brand of ______?” You can fill in the blank with whatever technology product you can imagine buying, but my answer is nearly always the same: “There is no good brand of ______. All companies that sell these products make some that I feel comfortable recommending and some that I don’t.” (That answer is not entirely truthful. There are a few manufacturers that make nothing I’m willing to recommend. But I’m not talking about them today.) People don’t like to hear this answer, because it requires them to pay attention to details that they would rather not have to think about. In today’s post, I’m going to tell you why I won’t simply recommend brands when requested. It all comes down to two concepts that I’m sure marketing professionals have more polite phrases for, but I call them Brand Dilution and Brand Prostitution.

Brand Dilution is what happens when a company has a brand that has a reputation for something that people like and respect, but then they begin using that brand to sell products that don’t measure up. For example, in the mid-1980s, Toshiba began producing laptops. Toshiba wasn’t the first company to make laptops, but their laptops were such an improvement on what had been available up to that point that they’re described by many industry pundits as the world’s first mass-market laptops. Toshiba soon earned a reputation for making laptops that were reliably sturdy, powerful, dependable and easier to live with than most others. (Note that we’re talking about a time in which a 16-pound laptop was considered portable, and 45 minutes of runtime per battery charge was considered long!) People came to expect that any laptop bearing the Toshiba brand would be a high-quality laptop.

But after a number of years, Toshiba introduced laptops that were cheaper, both in price and quality. Imagine my surprise the first time I encountered one of those: it was slow to the point of hanging constantly, and it felt downright rickety in my hands. I couldn’t understand why Toshiba would put their highly-respected name on such a piece of junk! The owner of the laptop couldn’t understand it either, and, not surprisingly, that was the last Toshiba branded computer she ever bought. Over time, I learned that if one wanted a high-quality Toshiba laptop, one had to shop for one of their Tecra or Portege models, which could only be found in places where businesses purchased computer equipment, and not in the big-box stores that had become the primary sellers of consumer electronics. But to people who don’t buy computer equipment on a regular basis, that distinction is invisible. It didn’t take long before most people came to regard Toshiba laptops as junk, and eschewed them in favor of other brands. It didn’t take the big-box retailers much longer than that to realize they weren’t selling many Toshiba laptops, after which they stopped carrying them.

Toshiba never managed to repair their brand image as far as laptops were concerned. They eventually sold off their laptop division to Sharp Corporation, which now produces Satellite Pro, Portege, Tecra and E models under the DynaBook brand. But I have never seen a DynaBook brand laptop in person, and I don’t know where to buy one other than online at the DynaBook web site. (That’s the danger of diluting your brand: you can damage it beyond hope of repair.)

Brand Prostitution is similar, but it happens when a company is indiscriminate about licensing use of their brand name by other companies. The harm to the brand is done when a licensee produces inferior products that are then sold under the brand name, thus compromising the brand’s reputation for high quality. For example, Verbatim was a company that became well-known for producing high-quality diskettes in the 1970s and ’80s, and since then has expanded into other storage products, including recordable CD and DVD blanks as well as flash storage media, like USB flash drives and SD cards. But Verbatim, the company, was acquired by Mitsubishi in 1990, and by 1994, it was nothing more than a brand name owned by Mitsubishi, and, most recently, CMC. Apparently, the brand wasn’t important to Mitsubishi, because they became quite cavalier about the products sold under the Verbatim label. Some Verbatim-branded products are made in factories owned by their parent company, and are excellent. Others are made under license by factories owned by other companies, and the quality, in my experience, is inconsistent. So, if you were to ask me, “Are Verbatim brand USB flash drives good?”, I would have to answer, “I really don’t know. It depends on who made the ones in the package you bought.”

My perception is that both Brand Dilution and Brand Prostitution are common in nearly all market sectors nowadays, and the result is that the consistency of product quality within brands is quite low. That’s why I refuse to make blanket brand recommendations. If I make a product recommendation, it will most likely be for specific models, and then only because my personal experience with those models has been positive.